In its first 25 days of operations, the newly reactivated NEOWISE mission has detected 857 minor bodies in our solar system, including 22 near-Earth objects (NEOs) and four comets. Three of the NEOs are new discoveries; all three are hundreds of meters in diameter and dark as coal.


NEOWISE originally was called the Wide-field Infrared Survey Explorer (WISE), which had made the most comprehensive survey to date of asteroids and comets. The spacecraft was shut down in 2011 after its primary mission was completed. But in September 2013, it was reactivated, renamed and given a new mission, which is to assist NASA's efforts to identify the population of potentially hazardous near-Earth objects (NEOs). NEOWISE also can assist in characterizing previously detected asteroids that could be considered potential targets for future exploration missions. 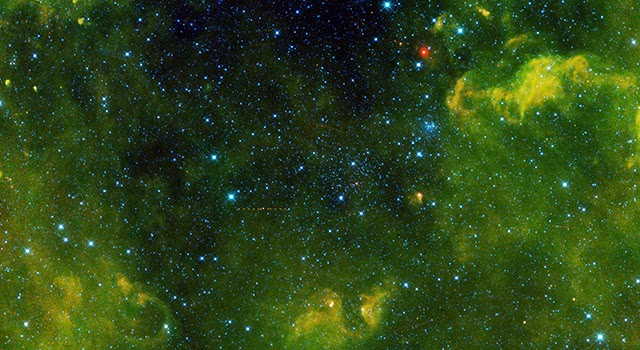 More than 100 asteroids were captured in the above view from NASA's Wide-field Infrared Survey Explorer, or WISE, during its primary all-sky survey. Image credit: NASA/JPL-Caltech/UCLA

The NEOWISE mission has just passed its post-restart survey readiness review, and the project has verified that the ability to measure asteroid positions and brightness is as good as it was before the spacecraft entered hibernation in early 2011. At the present rate, NEOWISE is observing and characterizing approximately one NEO per day, giving astronomers a much better idea of the objects' sizes and compositions.

Out of the more than 10,500 NEOs that have been discovered to date, only about 10 percent have had any physical measurements made of them; the reactivated NEOWISE will more than double that number.

More information on NEOWISE is online at: http://www.jpl.nasa.gov/wise/ .