In Friday, October 16, the mission teams for NASA’s Lunar CRater Observation and Sensing Satellite (LCROSS) released images covering all phases of the first impact on Friday, October 9. The teams appear to be ecstatic about the quality of the data they are now working with.

The announcement on Friday included the release of several images of the impact plume created by the Centaur upper stage. The images are in visible light and infrared. The plume appeared to measure 6 to 8 kilometers across, as detected by the LCROSS instruments from 600 kilometers above the impact. The data clearly indicates a plume of vapor and fine debris. The brightness of the ejected material appears to be at the low end of the team’s predictions and may provide a clue to the properties of the material that was struck. 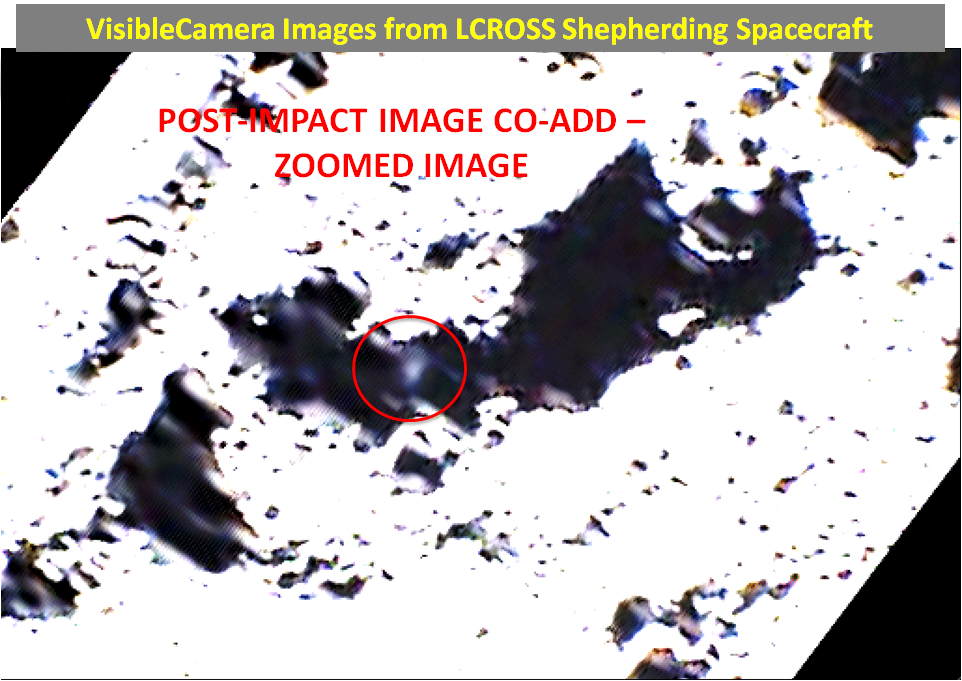 Nine different instruments aboard LCROSS captured every phase of the Centaur’s impact, from the initial flash, to the debris plume, and even the Centaur’s crater. As LCROSS moved toward the surface, preparing to create the second impact, it continued to return data in the visible, near-infrared and mid-infrared ranges of the spectrum. Excellent images were returned of the Centaur impact crater at a resolution of less than 6.5 feet (2 meters). The images indicate that the new crater measured about 92 feet (28 meters) across.

And yet, with all of the data collected by LCROSS, as well as the space-based and ground-based observing sites, the mission teams aren’t ready to announce whether they observed water ice at the impact site. The recorded data is continuing to undergo a normal scientific review process and NASA will release new information when it becomes available. For more on the LCROSS announcement from October 16, and more on the released images, check out these links: