I thought I would take this opportunity to wish a very happy birthday to Ismaël Bullialdus. Who is that, you say? I must confess that until very recently I, too, was ignorant of this gentleman. Please allow me to enlighten...

Over the course of his life, Bullialdus was a Catholic priest, a librarian, an author, a notary, and an amateur astronomer. He was born Ismaël Boulliau, the first surviving son of Calvinist parents, Susanna Motet and Ismaël Boulliau. At age twenty-one their son Ismaël converted to Catholicism, and by twenty-six was ordained as a priest. In 1632 Ismaël moved to Paris, where he worked as a librarian for the Bibliothèque du Roi--the first royal library of France--along with his brothers Pierre and Jacques Dupuy. The three traveled widely within Italy, Holland, and Germany, purchasing books for the library. In 1657 Ismaël took the position of secretary to the French ambassador to Holland. But he soon returned to the role of librarian and, in 1666, moved to the Collège de Laon--now the University of Paris. During the last five years of his life, Ismaël returned to the priesthood at the Abbey St Victor in Paris, where he died in 1694. 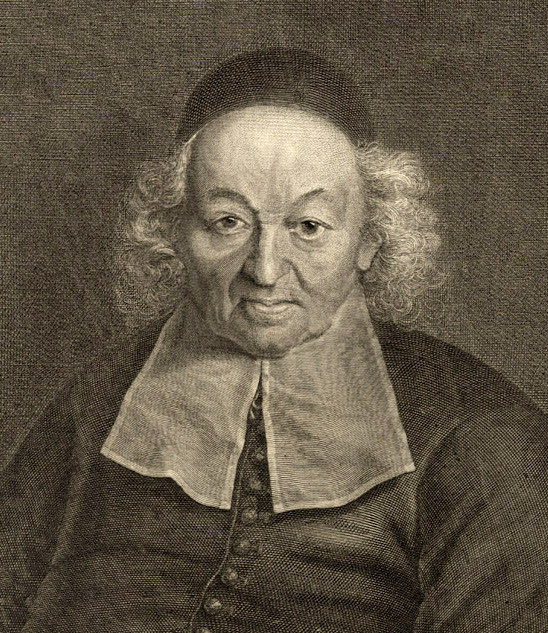 Seventeenth century rendering of Ismaël Boulliau (Ismaël Bullialdus), 1605-1694.
Because of his various interests, Ismaël was a friend to many notable persons in the overlapping worlds of philosophy, religion, science, astronomy, and mathematics. The list of associations included Pierre Gassendi (1592-1655), Christiaan Huygens (1629-1695), Marin Mersenne (1588-1648), and Blaise Pascal (1623-1662). In addition, Ismaël was an active supporter of the works and writings of Galileo Galilei (1554-1642) and Nicolaus Copernicus (1473-1543).

Ismaël is best remembered for his astronomical and mathematical works. And because Latin was the predominant crossover language for Western European countries, the text of most publications was also in Latin, as well as a Latin-ized version of the author’s name. This is how Ismaël Boulliau also became known as Ismaël Bullialdus.

Chief among Ismaël’s works is his Atronsomia philolaica (1645). In this work he strongly supported the hypothesis of Johannes Kepler (1571-1630) which stated that the planets travel in elliptical orbits around the Sun, but Ismaël argued against the physical theory that Kepler had proposed to explain them. In particular, Ismaël objected to Kepler's proposal that the strength of the force exerted on the planets by the Sun (which we would call gravitational force) decreases in inverse proportion to their distance from it. Ismaël argued that if such a force existed it would instead have to follow an inverse-square law--the first astronomer to suggest this, now accepted law. Even so, Bullialdus did not believe that any such force did in fact exist. In his Principia Mathematica of 1687, Isaac Newton (1643-1727) acknowledged that Bullialdus's determination of the sizes of the planets' orbits ranked with Kepler's as the most accurate then available.

Bullialdus was one of the earliest members of the Royal Society, London, having been elected on April 4, 1667, seven years after its founding. The Moon's Bullialdus crater is named in his honor.

Bullialdus on the Moon

An interesting tie-in to this birthday celebration is a view at lunar crater named for our birthday boy. 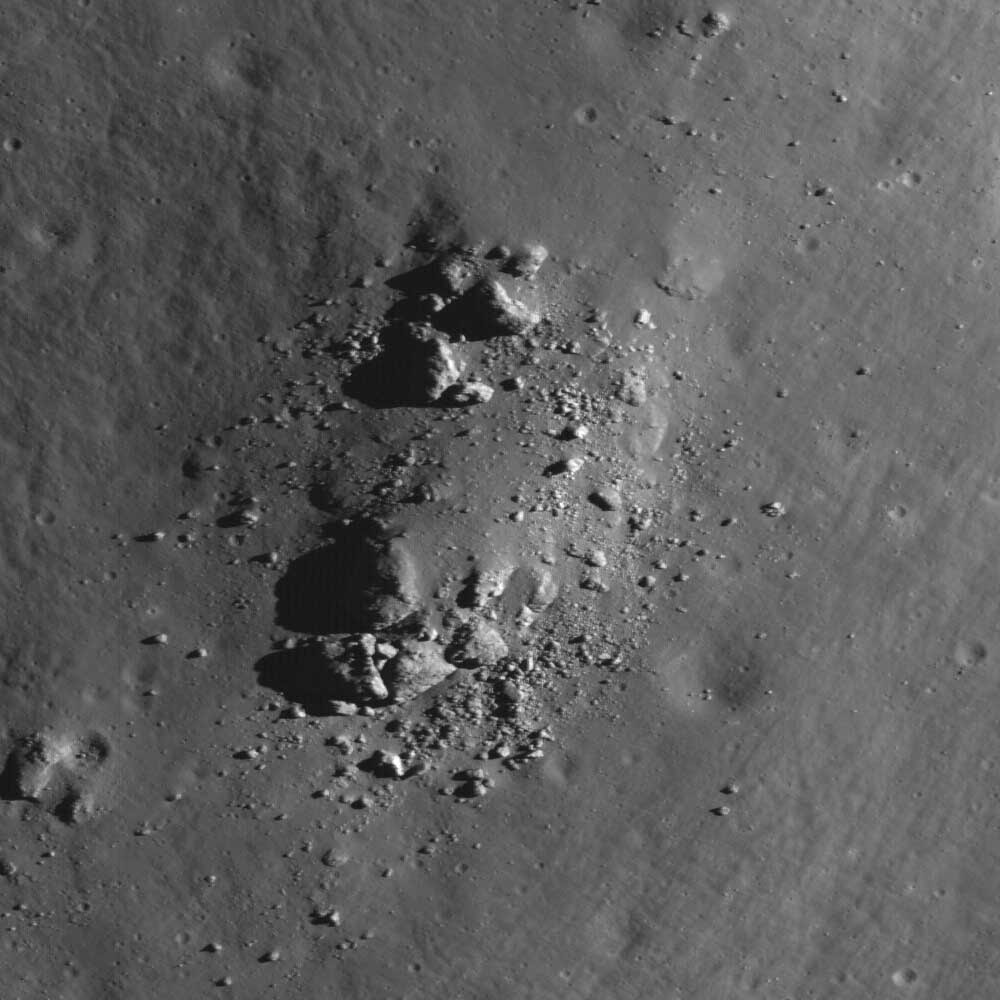 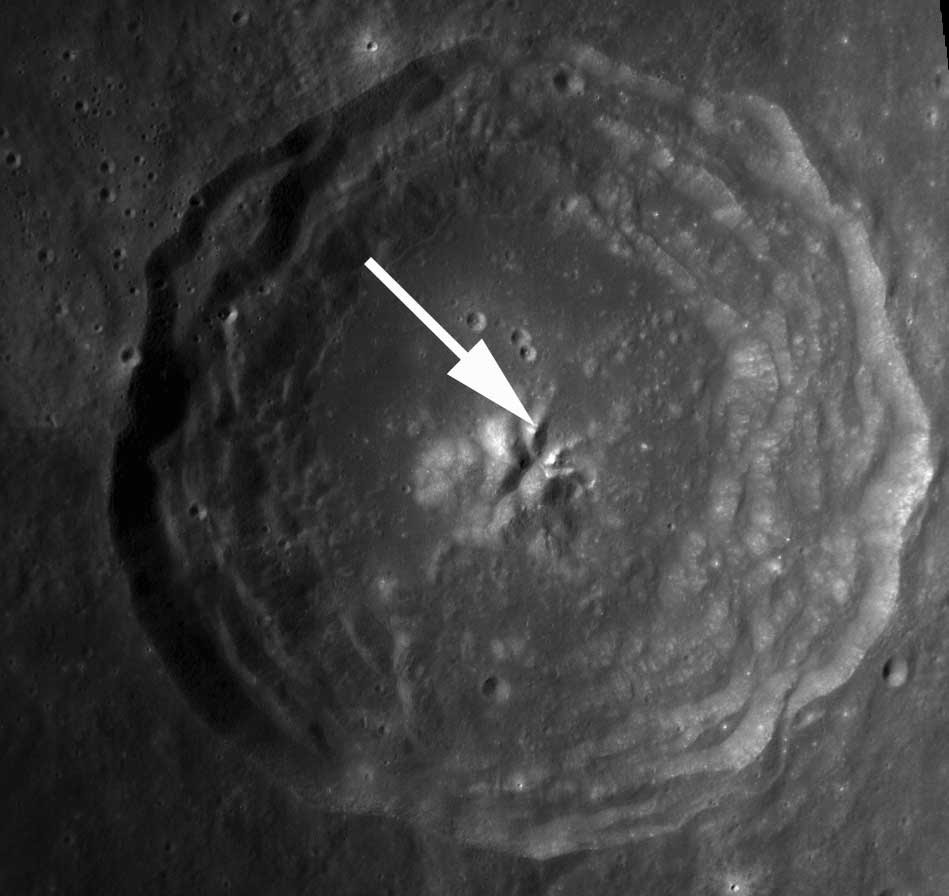