Tuesday, September 21, marks the opposition of Uranus—the point in Uranus’ orbit where it appears in  Earth’s sky opposite from the sun. The planet can be found wandering between the constellations Pisces and Cetus. Uranus can be easy to see, but not so easy to recognize as a planet. If you have charts, then you can find dim Uranus in a clear, very dark sky using binoculars or even naked-eye. When using a telescope of aperture 10 inches or larger, the planet may appear blue-green in color. The publishers of Sky and Telescope have a basic chart here:

The planet Uranus is the seventh planet from the sun, the third-largest planet in our solar system, and the fourth most massive planet our solar system. Uranus is named after the ancient Greek god of the sky, who was also the father of Cronus (Roman, Saturn) and the grandfather of Zeus (Roman, Jupiter). Like the five classical planets (Mercury, Venus, Mars, Jupiter, and Saturn), Uranus is visible to the naked eye, but it was not recognized as a planet by ancient astronomers because of its dimness and slow orbit. Its discovery, the first made using a telescope, was announced on March 13, 1781 by German-British astronomer Sir William Herschel. 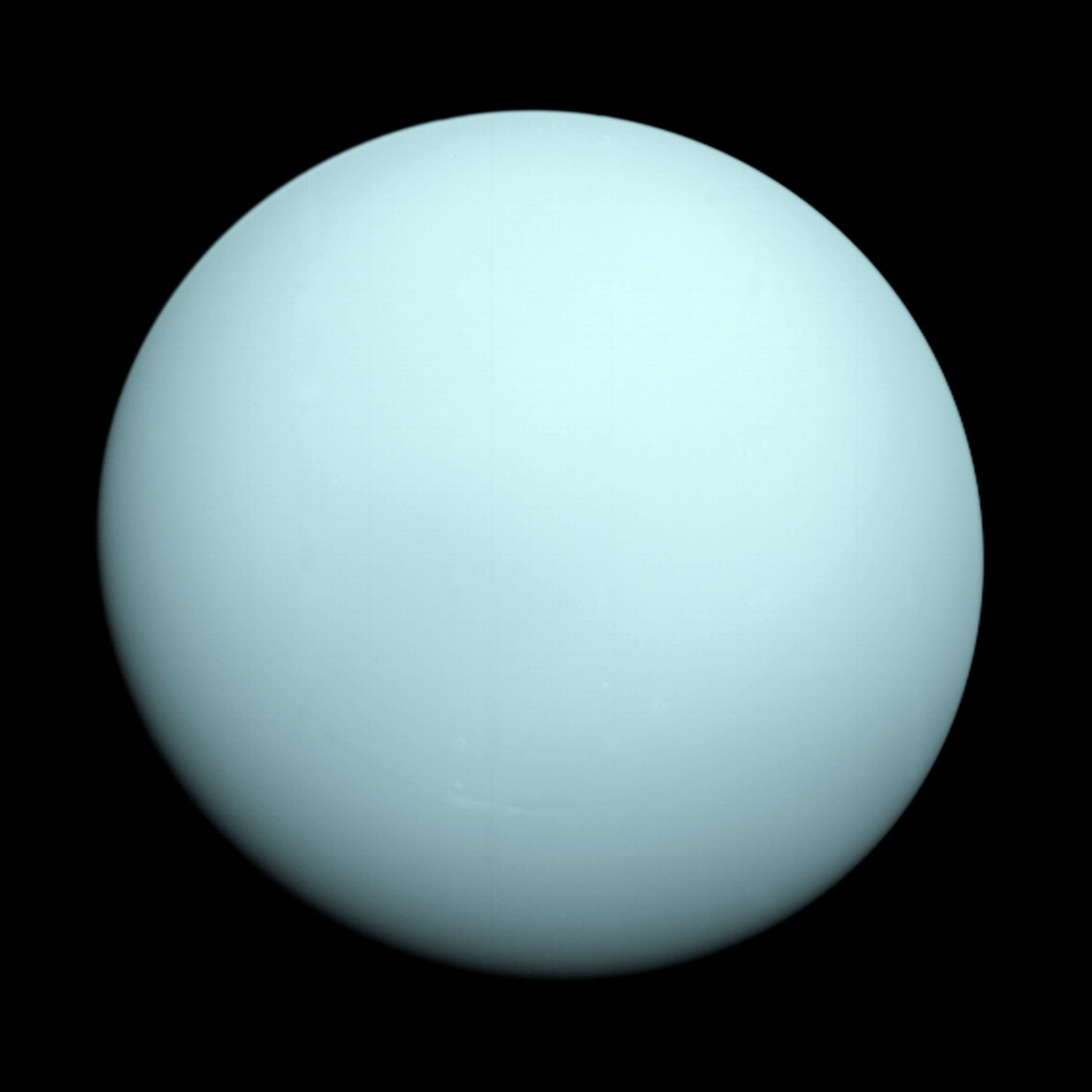 Like the planet Neptune, Uranus shares similarities to Jupiter and Saturn in that they consist primarily of hydrogen and helium. But unlike Jupiter and Saturn, the pair also has lots of water, ammonia, methane, and traces of hydrocarbons. Uranus has the coldest planetary atmosphere in the solar system, with a minimum temperature of 49 Kelvins (-224 degrees Celsius). The cloud structure is complex and layered, with water thought to make up the lowest-level clouds, and methane thought to make up the highest-level clouds. The interior of Uranus is composed mainly of ices and rock.

Like all gas giants (Jupiter, Saturn, Uranus, and Neptune), has a ring system, and magnetosphere, and many moons. But the Uranian system is different from the others in that its axis of rotation is tilted sideways, nearly into the plane of Uranus’ orbit. As seen from Earth, the Uranian rings can sometimes appear as circles around the planet, and sometimes appear edge-on. In 1986, the NASA Voyager 2 spacecraft transmitted to Earth images of Uranus as it flew by. In those images, Uranus appeared as a virtually featureless planet in visible light without the cloud bands or storms that astronomers associate with the other gas giants. But images taken from Earth in recent years have shown signs of seasonal change and increased weather activity, as Uranus approached its equinox. The wind speeds on Uranus can reach 250 meters per second (900 km/h, or 560 mph).

Launched on August 20, 1977, the Voyager 2 spacecraft passed closest to the planet Uranus on January 24, 1986, coming within 81,500 kilometers (50,600 miles) of the cloudtops. Voyager 2's images of the five largest moons around Uranus revealed complex surfaces indicative of varying geologic pasts. The cameras also detected 10 previously unseen moons. Several instruments studied the ring system, uncovering the fine detail of the previously known rings and two newly detected rings. Voyager data showed that the planet's rate of rotation is 17 hours, 14 minutes. The spacecraft also found a Uranian magnetic field that is both large and unusual. In addition, the temperature of the equatorial region, which receives less sunlight over a Uranian year, is nevertheless about the same as that at the poles. 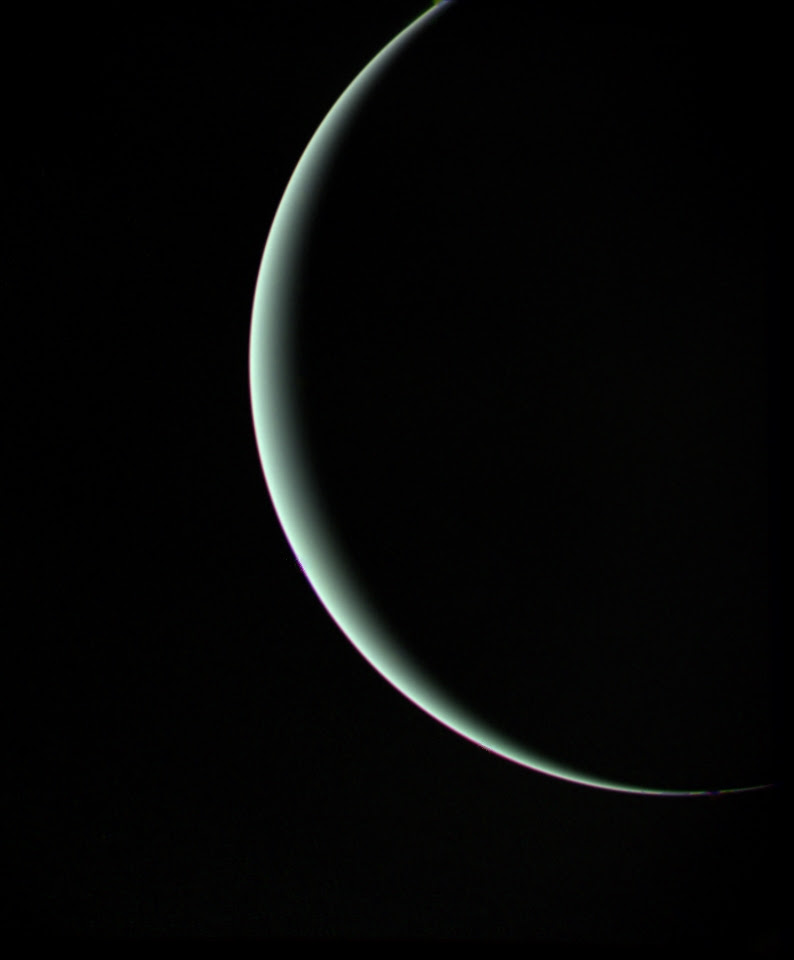 Voyager 2 image of a crescent-Uranus after passing beyond the planet. Image Credit: NASA

For more on the planet Uranus, the Voyager program and the ongoing Voyager Interstellar Mission, visit these links: