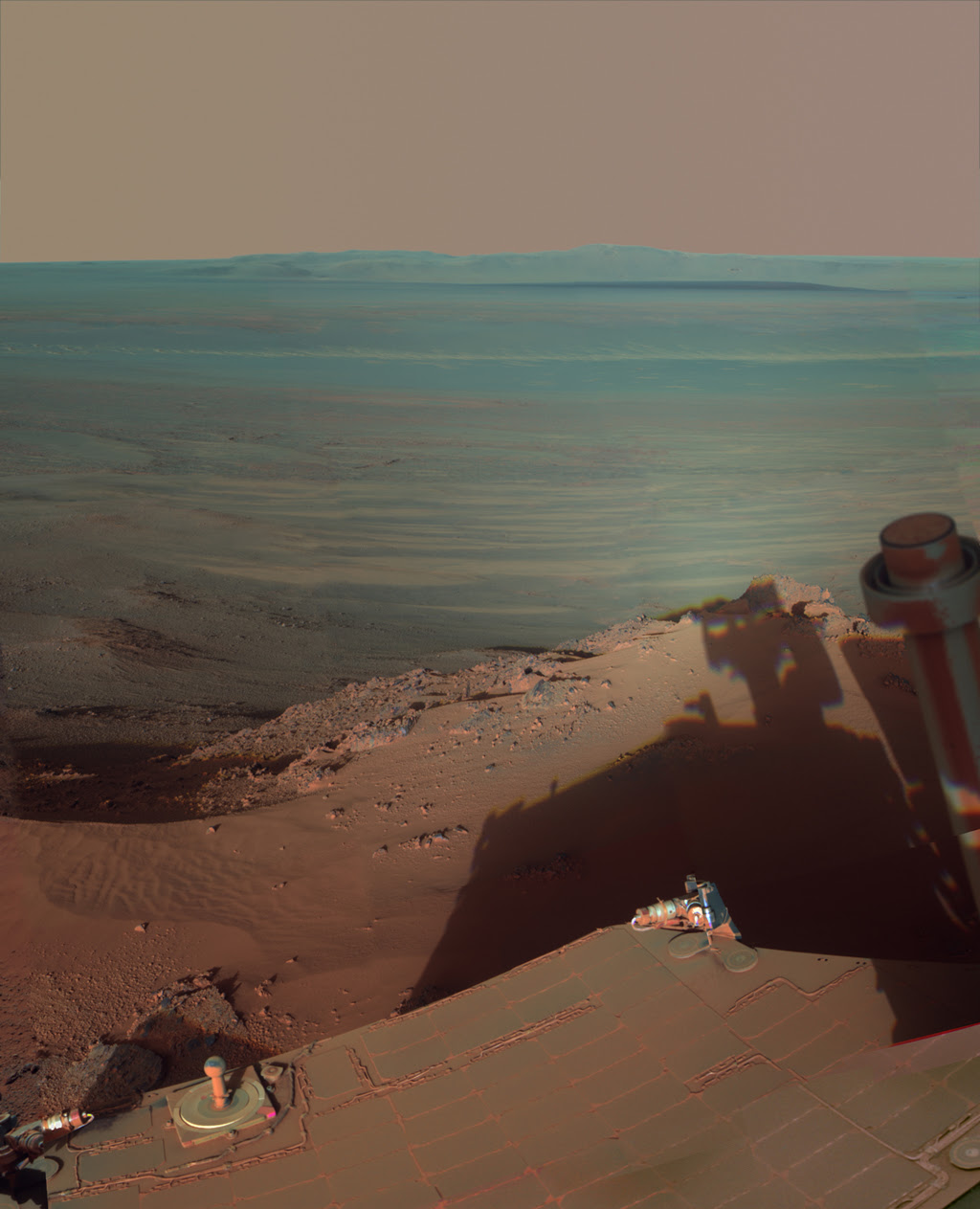 Like a tourist waiting for just the right lighting to snap a favorite shot, NASA's Mars Exploration Rover Opportunity used a low sun angle for a memorable view of the large Martian crater Endeavour.

The resulting view catches a shadow of the rover in the foreground and the giant basin in the distance. Opportunity is perched on the western rim of the crater looking eastward. The crater spans about 14 miles (22 kilometers) in diameter. Opportunity has been studying the edge of Endeavour Crater since arriving there in August 2011.

The scene is presented in false color to emphasize differences in materials such as dark dunes on the crater floor. This gives portions of the image an aqua tint.

Opportunity took most of the component images on March 9, 2012, while the solar-powered rover was spending several weeks at that location to preserve energy during the Martian winter. Opportunity has since resumed driving and is currently investigating a patch of windblown Martian dust near its winter haven.

The rover Opportunity and its twin, Spirit, completed their three-month prime missions on Mars in April 2004. Both rovers continued for years of bonus, extended missions. Both have made important discoveries about wet environments on ancient Mars that may have been favorable for supporting microbial life. Spirit stopped communicating in 2010. Since landing in the Meridiani region of Mars in January 2004, Opportunity has driven 21.4 miles (34.4 kilometers).

To lean more about the planet Mars and more about NASA's Exploring Mars Program, visit this URL:
marsprogram.jpl.nasa.gov/