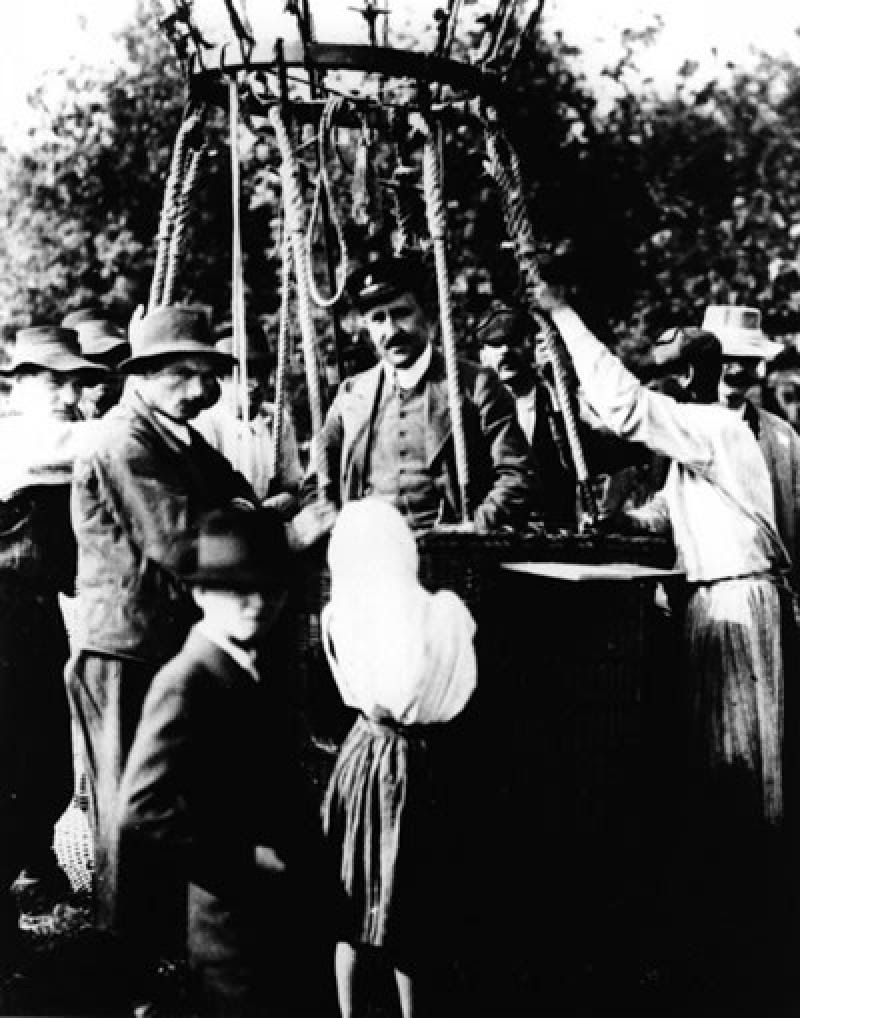 I missed this one! Tuesday, August 7th, marked the 100th anniversary of the discovery of cosmic rays. These are particles that bombard Earth from anywhere beyond our atmosphere. Studying the quantity and type of these particles helps us understand the acceleration processes involved and help us measure the composition of the Sun, as well as sources at the far distant reaches of the galaxy.

After the discovery of radioactivity by French physicist Henri Becquerel in 1896, it was generally believed that atmospheric electricity, ionization of the air, was caused only by radiation from radioactive elements in the ground or the radioactive gases or isotopes of radon they produce. Measurements of ionization rates at increasing heights above the ground during the decade from 1900 to 1910 showed a decrease that could be explained as due to absorption of the ionizing radiation by the intervening air.

In 1909 German physicist and Jesuit priest Theodor Wulf developed an electrometer, a device to measure the rate of ion production inside a hermetically sealed container, and used it to show higher levels of radiation at the top of the Eiffel Tower than at its base. However, Wulf's paper, published in Physikalische Zeitschrift (Physical Journal), was not widely accepted. In 1911 Italian physicist Domenico Pacini observed simultaneous variations of the rate of ionization over a lake, over the sea, and at a depth of 3 meters from the surface. Pacini concluded from the decrease of radioactivity underwater that a certain part of the ionization must be due to sources other than the radioactivity of the Earth.

Then, on August 7, 1912, Austrian-American physicist Victor Hess carried three enhanced-accuracy Wulf electrometers on a free balloon flight to an altitude of 5300 meters. Hess found the ionization rate increased approximately fourfold over the rate at ground level. Hess also ruled out the Sun as the radiation's source by making a balloon ascent during a near-total eclipse. With the moon blocking much of the Sun's visible radiation, Hess still measured rising radiation at rising altitudes. He concluded "The results of my observation are best explained by the assumption that a radiation of very great penetrating power enters our atmosphere from above." In 1913–1914, German physicist Werner Kolhörster confirmed Victor Hess' earlier results by measuring the increased ionization rate at an altitude of 9 kilometers. In 1936 Hess received the Nobel Prize in Physics for his discovery.

Tuesday, exactly 100 years after Hess' discovery, NASA's Mars Science Laboratory (MSL) / Curiosity rover used its Radiation Assessment Detector (RAD) to begin measuring the radiation levels on another planet for the very first time. Curiosity's RAD will characterize the radiation environment on the Martian surface. This information is necessary for planning human exploration of Mars and is relevant to assessing the planet’s ability to harbor life. The RAD principal investigator is Donald Hassler of Southwest Research Institute, Boulder, Colorado.