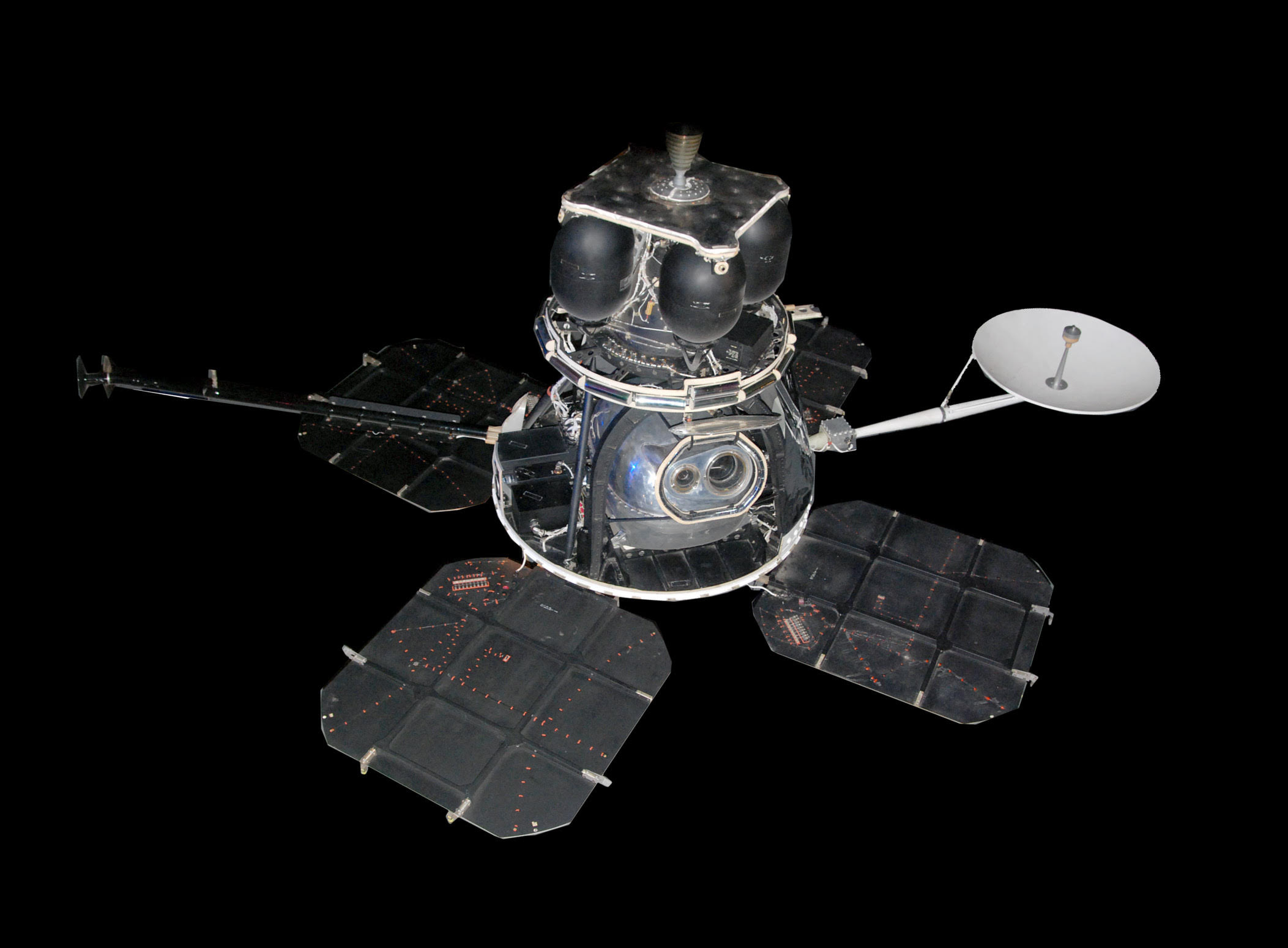 The above image shows an example of the NASA series of Lunar Orbiter spacecraft. Image Credit: NASA

Lunar Orbiter 5 was also equipped to collect selenodetic (the study of the gravitational field and physical properties of the Moon), radiation intensity, and micrometeoroid impact data and was used to evaluate the Manned Space Flight Network tracking stations and Apollo Orbit Determination Program.

The spacecraft acquired lunar photographic data from August 6 to 18, 1967, and data readout occurred until August 27, 1967. A total of 633 high resolution and 211 medium resolution frames at resolution down to 2 meters (6 ft 7 inches) were acquired, bringing the cumulative photographic coverage by the five Lunar Orbiter craft to 99 percent of the Moon's surface. Lunar Orbiter 5 was tracked until it struck the lunar surface on command at 2.79 degrees S latitude, 83 degrees W longitude (selenographic coordinates) on January 31, 1968.